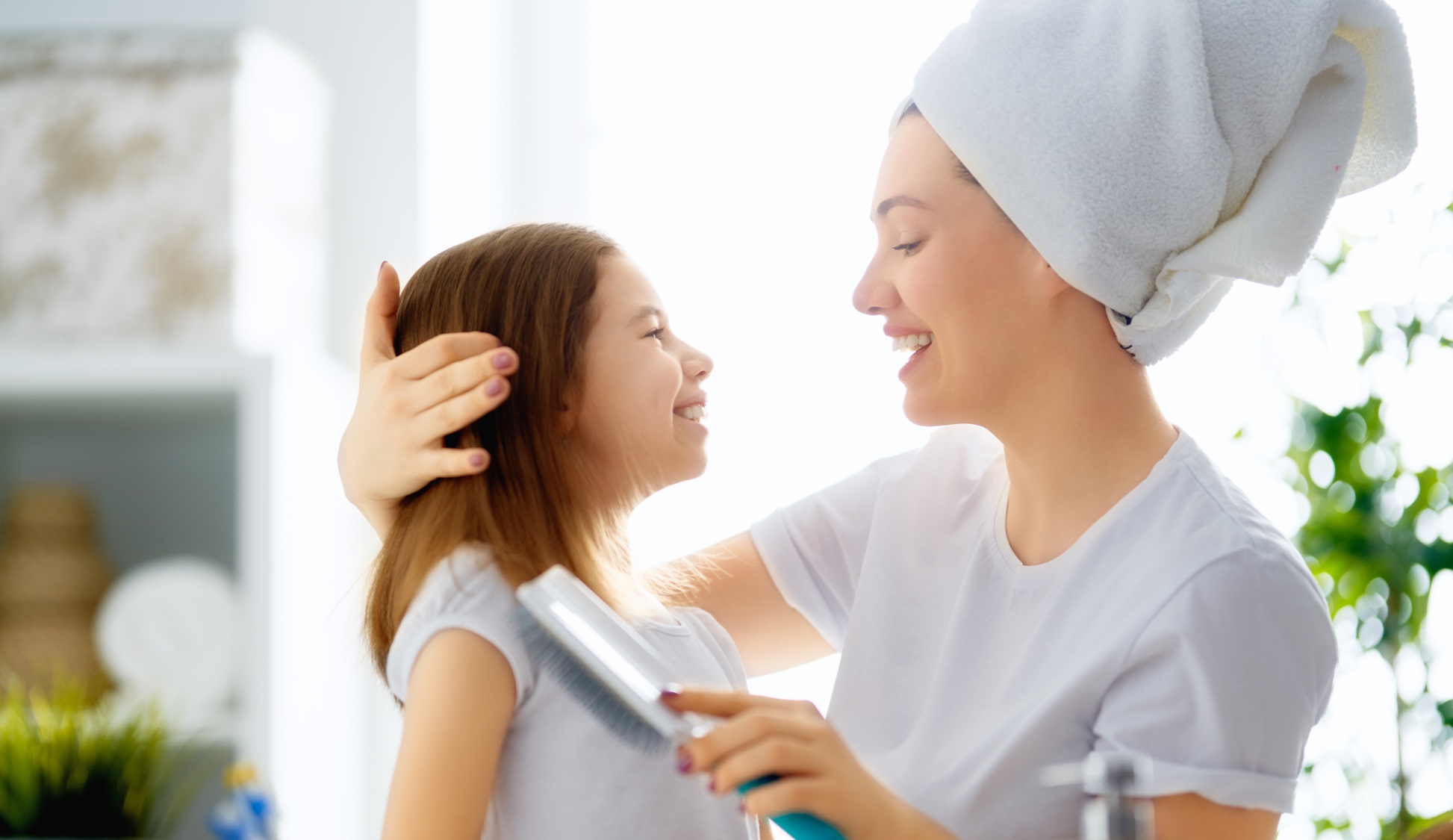 A young girl was left fighting for her life with severe facial and head burns after a head lice treatment burst into flames in her hair.

Jodie O’Donoghue, now 10, is still having treatment following the incident back in 2007. She had the Prioderm product in her hair after her parents treated her and her 12-year-old sister Jasmine for a head lice outbreak. As she blew out a candle at the family home in Tipperary, Ireland, the lotion ignited, setting her hair, cheeks and ears alight.

The flames spread from Jodie’s forehead to her hair, cheeks and ears – leaving her with terrible injuries.

The manufacturers of Prioderm, Reckitt Benckiser, has stated that “at the time of the incident, which we understand was in 2007, Prioderm was part of the Seton/SSL portfolio which was later acquired by Reckitt Benckiser in November 2010. There are no safety issues with the product when used in accordance with the instructions”. However, the main ingredient in Prioderm is malathion which is highly flammable. Products containing malathion include this warning, “This medication contains an ingredient that could easily catch fire (flammable). Avoid smoking, being around open flames (e.g., fireplaces, stoves, campfires), or electric heat sources such as heaters, hair dryers, and curlers/hair irons while using malathion”.

Malathion is an organophosphate which is the are the basis of many insecticides, herbicides and nerve gases. The EPA lists organophosphates as very highly acutely toxic to bees, wildlife, and humans. Malathion is the main ingredient of several head lice treatments including Ovide which is available by prescription to treat head lice.

If you or your family are battling head lice contact Lice Lifters Cranford for information about our safe, non-toxic, pesticide-free, head lice treatment! 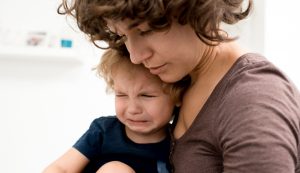 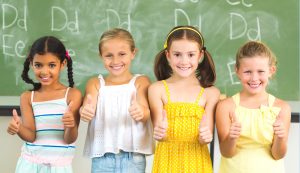 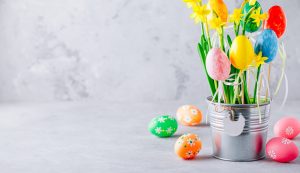 Have A Hoppy Easter!

Have Questions? Visit Our FAQ Page!

Get Rid Of Lice Today!

chelsea duffy
22:00 09 Feb 21
I’ve been coming here since my girls were young. Thank you girls for being life savers and coming in on your day off to help us!

Ana lechosi
16:47 25 Jan 21
Amber was SUPER helpful! she came in on her day off just to help me and my family! Treatment was quick and easy and we left with so much peace of mind. Thank you again, will definitely recommend you to all of our friends!

jerry mcgee
17:32 21 Jan 21
Thank you for helping my family and following all Covid safety procedures while doing so

k castillo
19:15 17 Nov 20
We did not have lice but we were grateful for the peace of mind lice lifters gave us. Now we know exactly where to go if we ever run into this problem again. Than you again.

mich lugo
21:11 08 Oct 20
Thank you so much for your help! This center came highly recommended to me and I am highly recommending it to all of you in need of help with these critters.

Robin Rackett
19:55 22 Jul 20
Called Lice Lifters, they were patient, informative, and got us in immediately! Eased the situation for us for sure!

Nicole Bender
19:01 03 Jun 20
Amazing, friendly and professional!. Sent a message on the contact forn and took us right away and picked my hair and all 4 of my girls hair!

Zina Garber
19:08 22 Feb 20
Amazing, friendly and professional staff. I called and immediately was given an appointment. Brenda, was very thourough, detailed and explained everything step by step.Thank you!!

Ardyn Anapolle
19:55 15 Jan 20
This place was amazing! Took us right away and picked my hair pain free.

Ava Anapolle
19:51 15 Jan 20
I came with an itchy head and left lice free! I would highly recommend.

Alison Adler
19:48 15 Jan 20
The staff was friendly and knowledgeable. They helped us right away without pain!

Alayda Jorge
17:13 12 Nov 19
The ladies at the facility were very friendly and helpful and very VERY patient… Highly recommend this place!!

Steven Eckstine
12:23 11 Aug 19
Our daughter had a lice scare after a sleepover. She and her friend were treated thoroughly and with kindness. I would defintely use their service again.

Christine CR
23:41 07 Aug 19
They are so calm and knowledgeable—my daughter downright enjoyed being treated for lice there! They really take their time too, and stayed open past business hours to treat us. I would highly recommend.

J Navedo
12:19 25 Jul 19
When my wife found out our kids had lice- she was freaking out and stressed out, the staff was able to calm down my wife and explained to us everything in detail. This location was able to get my family in fast and were very friendly and patient with my kids. My family is so grateful for the amazing ladies that work in this location.

Paola Cacha
19:51 24 Jul 19
I LOVED MY FIRST TIME EXPERIENCE WITH LICE LIFTERS. They were so honest and fair with their prices. The two ladies that were there are well informed and had so much patience with me (I was a total a wreck) and with my kids, so I’m thankful for their help. I will definitely recommend my family and friends to lice lifters. YOU GUYS ARE LIFESAVERS!

Stephany Cabrales
18:31 24 Jul 19
had a great experience with Brenda and Emily! Definitely recommend as the service was amazing and helpful!

A Jeffery
17:11 24 Jul 19
We couldn’t have asked for a better place with fantastic people who are super knowledgeable- Our techs names were Brenda & Emily and they were friendly and also went beyond to make our family comfortable and make the experience fun!! I highly recommend this place to families in need of lice removal.

Jen Z
19:02 11 Jul 19
My daughter just experienced her first case of head lice. I took her and the family to Lice Lifters to get treated and checked! They provided me with such piece of mind! They definitely are honest and don’t try to over sale you – The young lady (Brenda) who took care of us was amazing with my two kids and explained everything I had to do at home. I completely felt at ease and was no longer freaking out. The other young lady (Emily) who rung us up was also very informative and explained everything again which was so helpful. If we ever have another case of lice in our household I will be making an appointment with lice lifters right away.

Laura Casitina
19:50 05 Jun 19
The employee who I was speaking to Brenda was extremely rude and was trying to way over sell some products. I wouldn’t have batted an eye spending the amount of money she said HOWEVER, her attitude didn’t do anyone any favors. Will definitely NOT be coming back here again. To whoever is in management you might want to rethink who you hire.

Tiff Ponce
18:11 25 May 19
After learning that my nieces and nephews had lice I called lice lifters in cranford for a head check and they were able to see me right away. Even though I didn’t have lice they gave me a lot of tips on how to prevent it, very knowledgeable staff.

collen Felipino
17:15 25 May 19
Process was quick and easy! They made sure to not only put me at ease but both of my boys too. I called for an appointment and was able to be seen right away. I would highly recommend lice lifters in cranford to everyone

jay v
19:35 20 May 19
Wonderful experience! Came in panicking but left at ease! Would highly recommend.

Laurie Kirstein
22:13 01 Mar 19
The staff was so sweet and thorough with me and my twins. I highly recommend Lice Lifters. I have peace of mind after a horrible week because of them. They are now my go to place if we ever need them again.

Anne Marie Rocha
21:29 14 May 18
The lice is gone! I had a great experience and would come again if needed. I plan to come back to purchase more product too. I love how it’s natural and non toxic yet does the job!

Joseph Hoetzl
22:27 04 Apr 18
Not something you want to need but when you do, these folks were great!

Todd Godfrey
19:11 30 Jan 18
Alexis was a life saver! This was my second time dealing with lice and the shampoo I got at the store didn’t work. They got me in same day and my daughter is healthy and back to school.

Matthew Cohen
19:24 13 Aug 17
First class lice treatment center and you don’t have to go back again which is a major time saver.